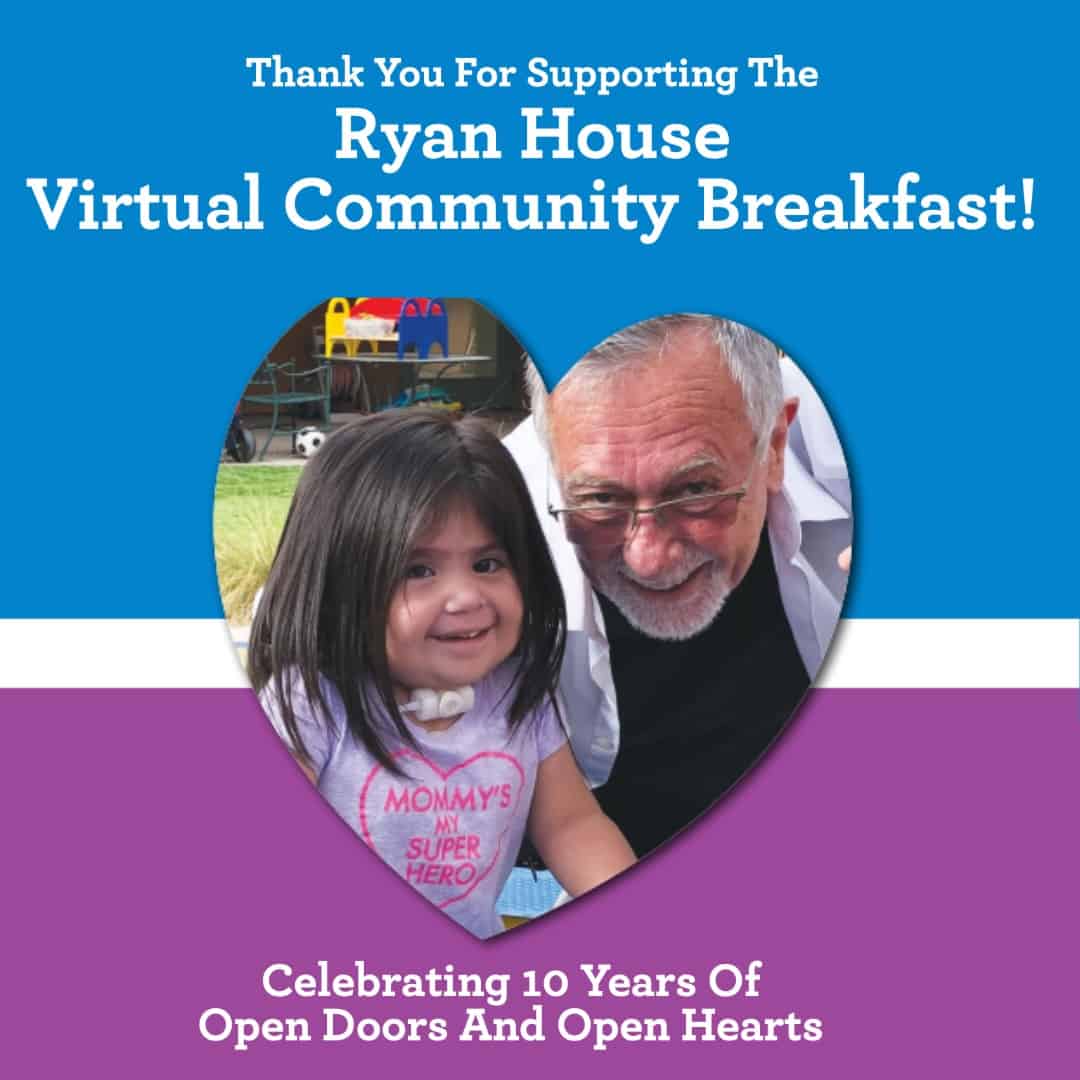 The event, which was originally scheduled at the JW Marriott Camelback Inn Resort on Friday, March 28 and was postponed and converted to a virtual event as a result of the COVID-19 pandemic, has so far raised more than $250,000 that will directly support Ryan House which currently relies 100 percent on community donations and cares for Arizona’s most medically fragile children and their families. You can still participate by watching the show here.

Hospice of the Valley’s Community Engagement Director, Lin-Sue Cooney, teamed up with 12News Anchor Mark Curtis to co-emcee this milestone event and showcase the inspiring work that Ryan House has done over the past 10 years. This year’s Community Breakfast Co-Chairs were Barb Flynn and Laura Tolson.

It’s become an annual tradition to present the Courage Award during the Community Breakfast. This year, there was truly is no one more fitting to have received this award than Ryan House Co-Founders Jonathan and Holly Cottor who received a beautiful, fused glass plate in commemoration of the celebration, which was handcrafted by local artist Jacki Cohen especially for them.

Because of Jonathan and Holly’s vision, Ryan House has cared for nearly 1,000 children with life-limiting and/or end-of-life conditions since opening its doors 10 years ago. That translates into 16,515 days of respite and hospice care… along with outreach and grief support to parents or guardians, siblings, relatives, and friends of the children it serves.

One lucky winner won a pair of 14kt yellow gold and diamond hoop earrings (value: $2,850) compliments of our friends at Schmitt Jewelers through the event’s Diamond Anniversary Raffle.

“This year’s event was truly a special one as we celebrated 10 years of open doors and open hearts at Ryan House,” said Ryan House Executive Director Tracy Leonard-Warner. “Our families need us now more than ever. COVID-19 has significantly magnified this need.”

“We are deeply grateful for the community support we received through this year’s event. Not only will it assist us in keeping our doors open in an effort to keep the children we serve safe and out of the hospital during the pandemic, but it also allows us to continue to provide our mission-critical services for the children and families we serve.”

Ryan House is a safe and joyful place where kids can be kids and families can be families. During respite stays of up to 28 days per year, Ryan House provides everyday childhood experiences, including swimming and sleepovers, to children whose medical conditions make many of these experiences difficult and empowers children to live their best life. As one of only three facilities of its kind in the nation, Ryan House is leading the way for a new model of care in pediatric palliative care. 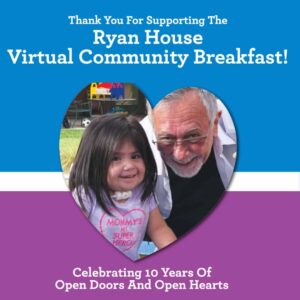