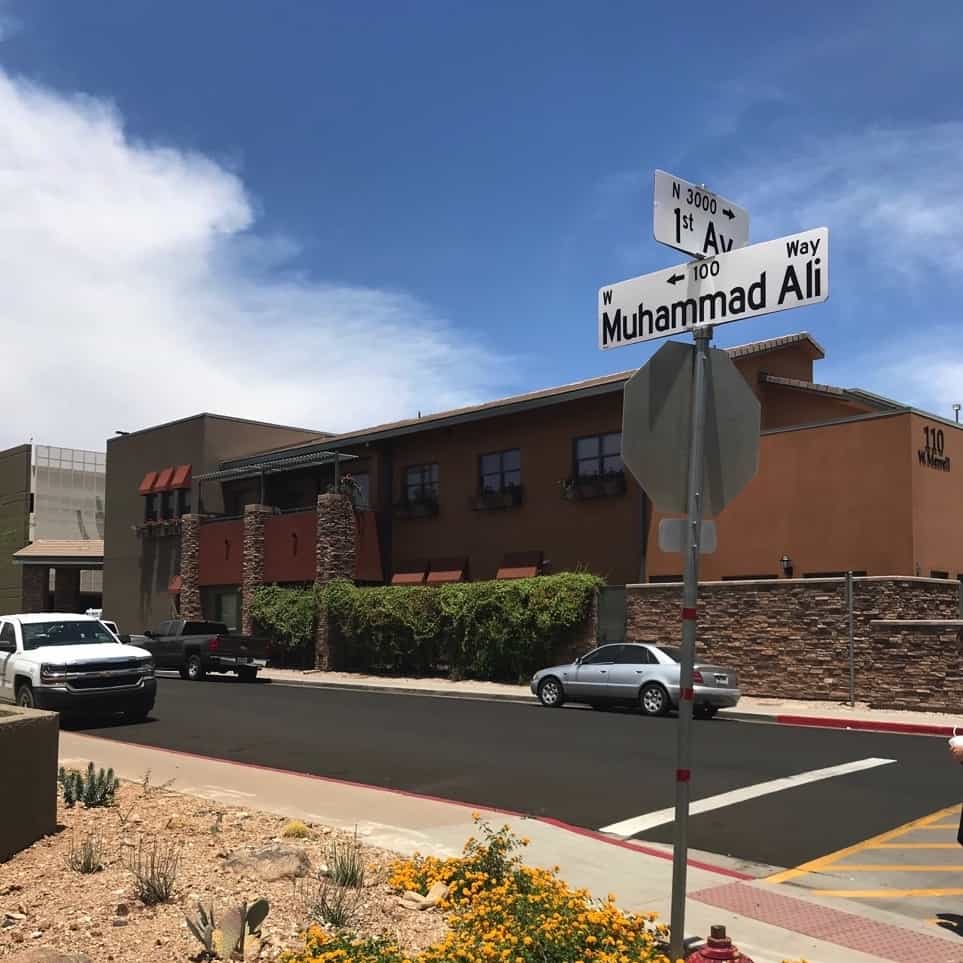 Have You Heard? We Have a New Street Address!

The new street signs were unveiled during a ceremony near the Muhammad Ali Parkinson Center at Barrow Neurological Institute on June 3, which the City has proclaimed as Muhammad Ali Day in honor of his life and his contributions to the city.

Three years ago, Ali lost his battle with Parkinson’s disease at the age of 74. His legacy lives on through his philanthropic work, including with the Muhammad Ali Parkinson Center and the annual Celebrity Fight Night.

We are honored to be associated with Ali’s legacy. Please make sure to update your contacts ASAP!