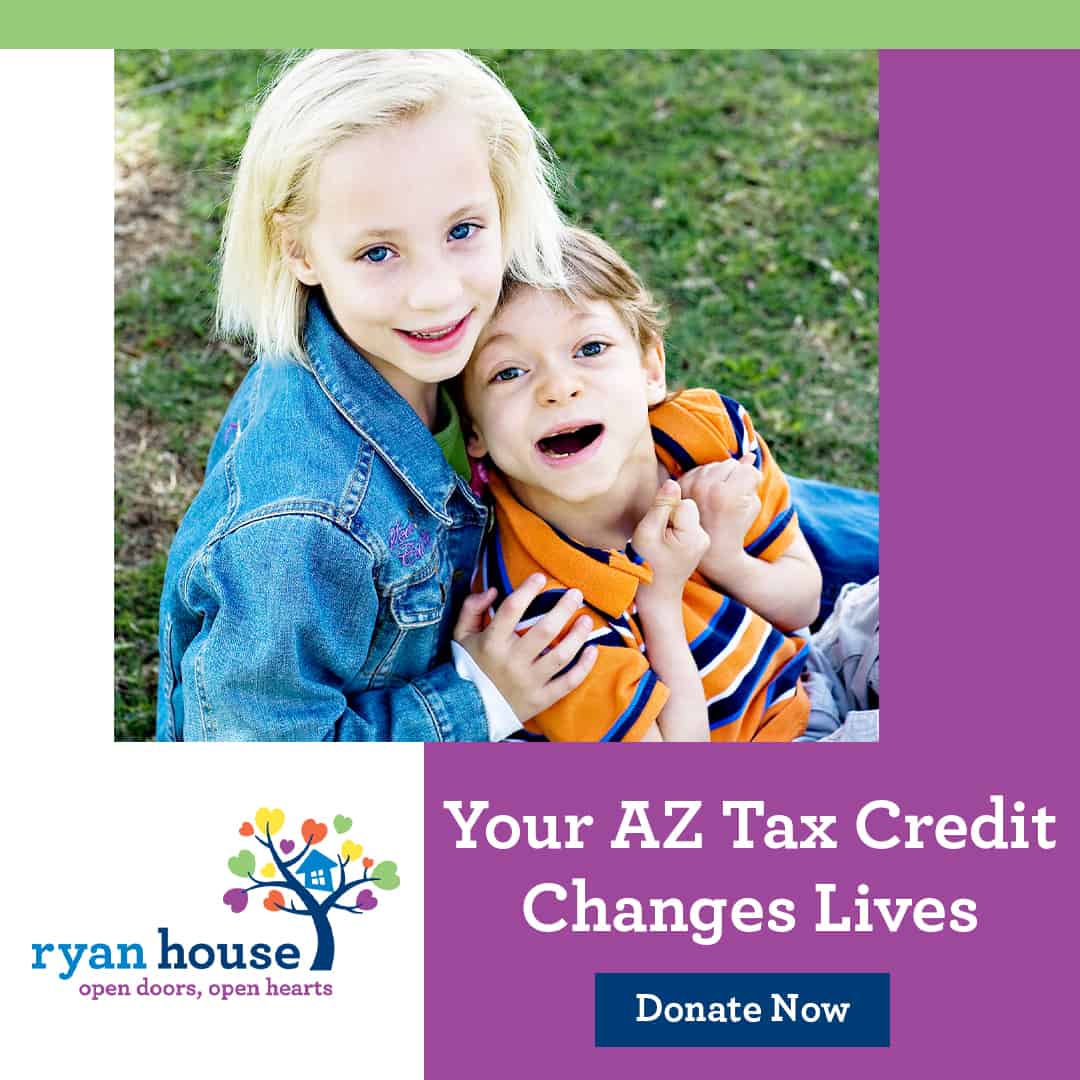 So many people have reached out the past few weeks to ask us what they can do to assist us during these uncertain times. One simple way is to donate your 2019 AZ Tax Credit before the deadline, which is Tuesday, April 15. You can make a big difference in our families’ lives just like twins Sara and Derek pictured here.

We invite you to take a moment to read this beautiful story, as told first-hand by Ryan House Mom, Lisa Swanson about her son Derek’s end of life journey with us.

You see, the Swanson family’s Ryan House journey is one big circle. A circle of life, to be exact, that began nearly 10 years ago.

Nearly 10 years ago, my husband Jim and I attended an open house at Ryan House when the doors first opened to this truly amazing place. We were invited, by our Hospice Social Worker to see it with our twins, who were about six-years-old at that time.

Shortly after they were born, Jim and I started noticing developmental differences and delayed milestones between our two children. Around their second birthday, Derek was diagnosed with Leigh’s Disease, a form of mitochondrial disease, that attacks the brain stem. Derek suffered from seizures, multiple disabilities and was nonverbal, but that did not stop Derek and Sara from having an incredible bond, like that of most twins. We were on a mission to figure out how “mito” would affect Derek and despite the prognosis, how to give him the best quality of life.  Similar to many families of medically fragile children, we flew across the country to renowned hospitals and physicians in search of answers which ultimately led to his diagnosis.

Over time, we developed a large circle of friends, many of which, are part of Ryan House’s community, including one of Derek’s best friends, Josh. A few years ago, while Josh was on hospice at Ryan House, Derek was able to visit with him and say their goodbyes. We were all comforted by the familiar walls of Ryan House and the peace within, during that difficult time.

Within a few months of Josh’s passing, Derek came down with pneumonia and was struggling to fight it off. He and Sara had just turned 15. During his hospital stay, we received news from his doctors that we knew would come at some point but were dreading. We were told that he wouldn’t leave the hospital without a ventilator. Knowing this went against Derek’s wishes, we were devastated and began to have the heartbreaking conversation about where Derek should receive hospice care.

Sara was confident that Derek would want to be at Ryan House, not just for him, but for our family as well. And so, he was transferred there into the very same room where he said goodbye to his friend Josh – the campfire room, a beautiful room with murals of the outdoors and stars above. A full-circle moment for sure.

In Derek’s final days, the Ryan House staff, especially our pediatric nurse May, were incredible. They made sure he was comfortable and helped him hold on to enable friends and family time to say goodbye. We knew they would make sure he was not in pain.

In Derek’s final hours, Sara found comfort in being at Ryan House and found peace in the sanctuary and garden where she could be alone to process everything, knowing she could have grief support through Ryan House if she desired.

Derek loved music, especially Disney tunes and Christmas music. We continually played his favorite songs from my iPad in his last days. And, the moment Derek passed away, May turned to me and said, “Can you hear what is playing on the iPad?”

It was the “Circle of Life” from The Lion King. We chuckled, knowing this was truly Derek’s way of letting us know he was fine. A remarkable moment none of us will ever forget that was all made possible by the end-of-life care Derek received and the loving environment of Ryan House.

That’s why I’m sharing my journey today. My hope is that you’ll join us in designating your Arizona Tax Credit to Ryan House. This unique and amazing place gives families like ours the chance to say goodbye in peace. Your support ensures that they’ll be able to continue to provide these much-needed services.

You see, when you have a child who is medically fragile like Derek was, so much of your life is out of control. Different therapists are continually in and out of your home. Days are dictated by doctor appointments and test results. Often, you don’t know what the next day will bring.

In Derek’s final days, minutes and seconds, I’ll never forget the peace I had of knowing that he passed on his own terms and on his time. No machines, no alarms – simply surrounded by family and the comfort and love of Ryan House.

With love and gratitude, 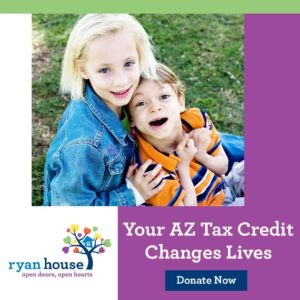